Huobi Mints Another $1.3M HUSD as Stablecoin War Heats Up

Cryptocurrency exchange Huobi has been aggressively trying to jump into the stablecoin race. Another 1,300,000 Huobi USD (HUSD) has just been minted.

Although Tether (USDT) is by far the largest stablecoin, competitors are increasingly vying for a bigger piece of market share. Exchanges are also getting involved, as Huobi ramps up HUSD issuance.

Stablecoins issued by exchanges are undoubtedly becoming more popular. Binance’s own BUSD, for example, has seen its circulating supply increase substantially in 2020 thus far. At the start of the month, the exchange minted 5,000,000 BUSD with the help of PAX Treasury. Then, days ago, another $10M BUSD was issued to calm the markets, as BeInCrypto reported.

However, another exchange is also looking to enter the stablecoin race: Huobi. 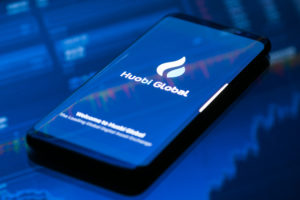 Huobi Mints Another $1.3M HUSD as Stablecoin War Heats Up

Why the ADA Bullish Trend Could Still Be in Its Infancy

Bitcoin Over Gold for the Long Game, Touts Shark Investor

Huobi USD (HUSD) is a relatively small stablecoin, although it has seen an increase in activity in 2020. Earlier this month, many were surprised to see $5M HUSD minted at the exchange. Exchange tokens have been performing exceptionally well in 2020 so far, so some exchanges have decided to take it a step further by ramping up their stablecoin presence.

As reported by Whale Alert (@whale_alert), another 1,300,000 HUSD was minted today and will be entering the market shortly. Although not enough to move cryptocurrency markets by itself, it clearly signals to investors that Huobi is trying to seriously jump into the stablecoin fight.

Although BUSD, HUSD, USDC, and so many other stablecoins have been minting more and more this year, Tether (USDT) remains dominant by far. The leading stablecoin, backed by Bitfinex, has a trading volume of $70 billion at the time of writing. In fact, it now consistently boasts higher daily trading volume than all Bitcoin trading pairs.

It’s increasingly looking like we will soon have a ‘stablecoin war’ in the cryptocurrency market, as emerging projects look to unseat Tether from the top spot. However, we are far from this being realized. Even if we combine the market capitalization of all non-Tether stablecoins, it still represents a tiny fraction of the leader’s market share. So, the stablecoin fight rages on despite Tether still being the clear winner—for now.

The post Huobi Mints Another $1.3M HUSD as Stablecoin War Heats Up appeared first on BeInCrypto.