Algorand Breaks out but Fails to Sustain Rally

On February 25, the Algorand price broke out from a descending triangle. However, the increase was short-lived and Algorand has decreased to pre-breakout levels since.

Cryptocurrency trader @CryptoNewton outlined an ALGO chart that shows that the price is trading inside a descending triangle. Even though this is considered a bearish pattern, he predicts a breakout that would take the price to 6150 satoshis.

$ALGO don’t sleep on this one, gonna blow pic.twitter.com/pL4nfE6Dp3

Will the ALGO price break out? If yes, where will it go afterward? Keep reading below if you are interested in finding out.

Since the tweet, the price has broken out from the descending triangle. However, it has not come close to reaching the target of 6150 satoshis, rather has fallen to pre-breakout levels once more. Currently, the price is barely holding on to the 4300 satoshi support area, which was the horizontal support line of the triangle.

On a more bearish note, the short-term RSI has fallen below 50, something it has not done since the rate of increase accelerated on February 19. 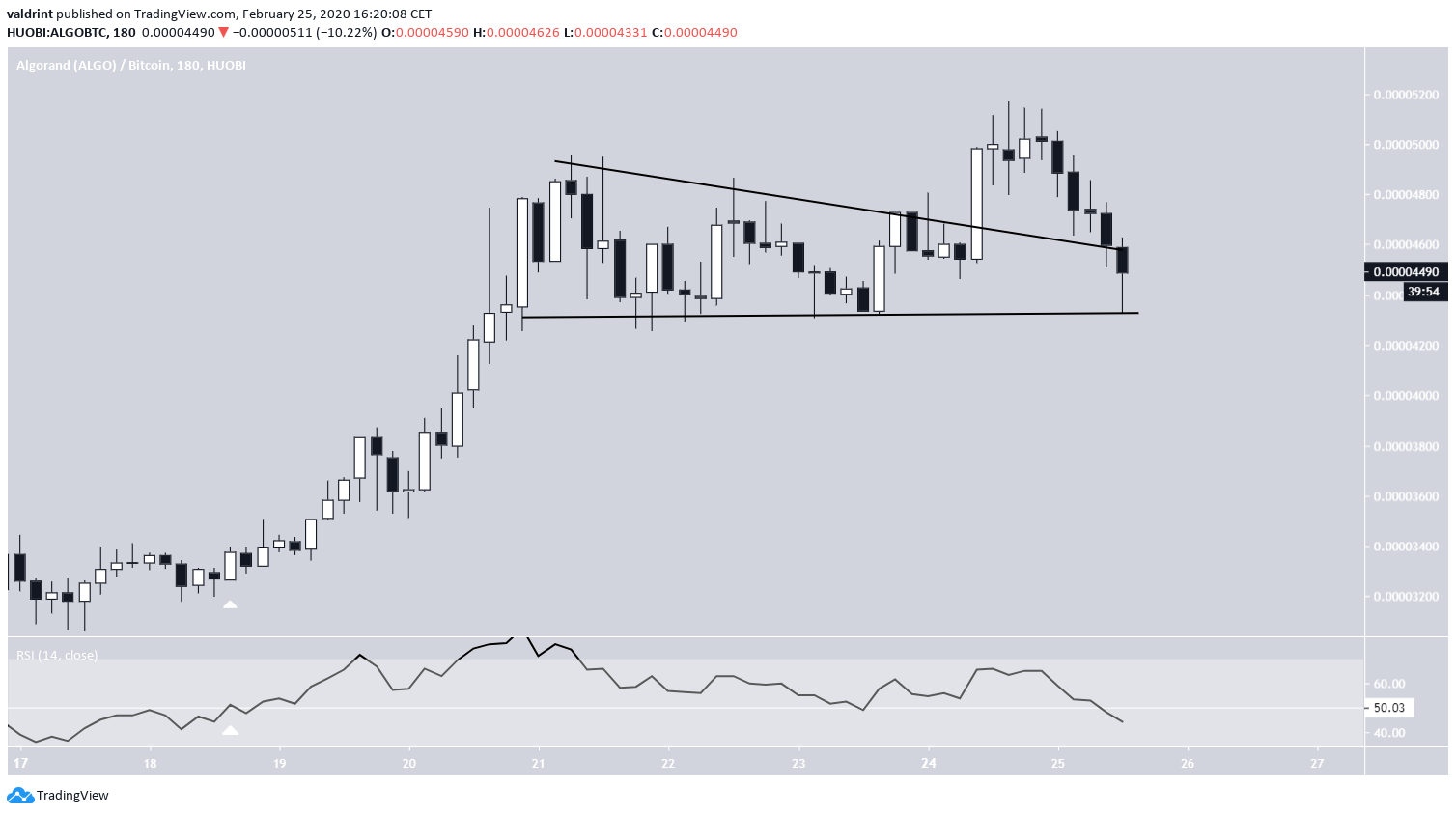 The 12-hour chart gives a clearer picture of the possible future movement. The RSI has generated some very significant bearish divergence, indicating that the price will decrease. The belief is strengthened by the creation of a bearish engulfing candlestick.

The price has also been following an ascending support line, in place since January 20. The ascending support line will coincide with the 3950 satoshi support area at the beginning of March, making it a very likely place for a trend reversal, if the price were to decrease all the way towards it. 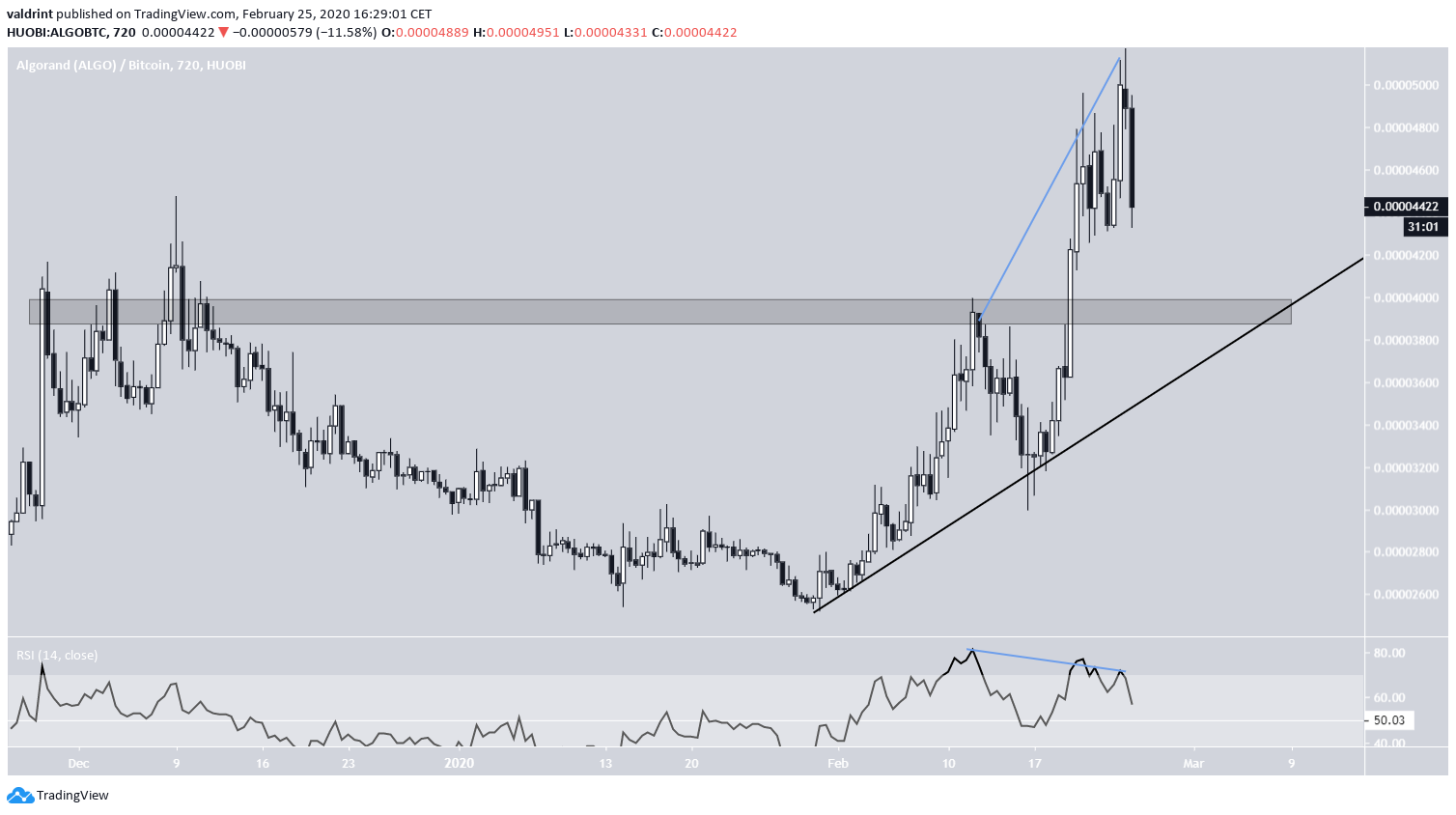 Even though the price failed to come close to reaching the target, we still agree with its placement, since the long-term resistance area is found at 6150 satoshis, as BeInCrypto has stated in our previous analysis.

Our long-term outlook is still bullish since we believe that the price is currently in the longer-term third wave of a five-wave Elliott formation, which is expected to end near 6150 satoshis. A breakdown below the 3950 satoshi area would invalidate this possibility. 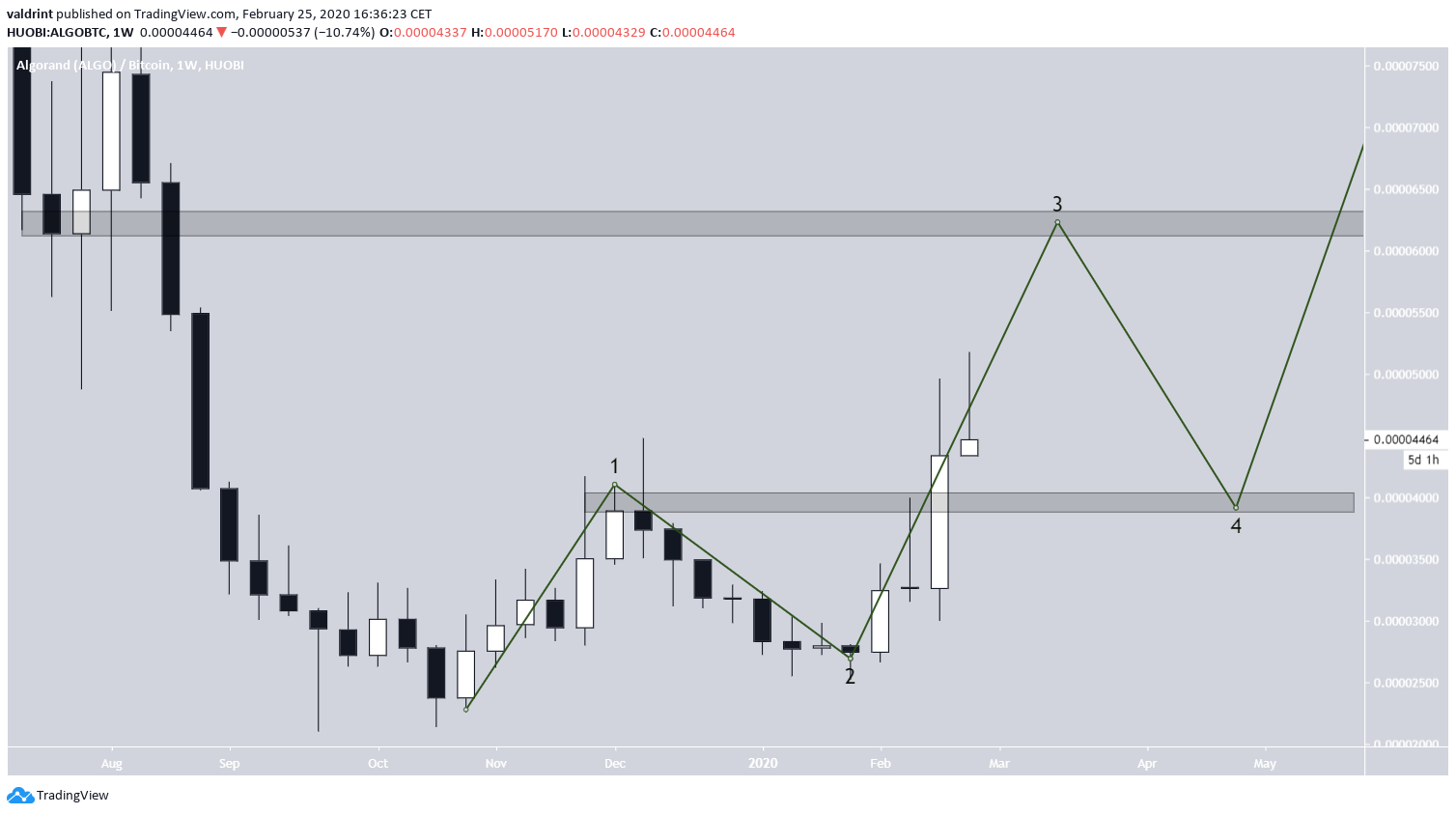 To conclude, the ALGO price has broken out from a descending triangle but reversed quickly afterward. After a retracement towards 3950 satoshis, we believe the price will increase towards the resistance area outlined above.

The post Algorand Breaks out but Fails to Sustain Rally appeared first on BeInCrypto.